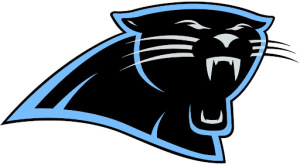 Mr. Fiorello is survived by his loving wife of 43 years, Marta; son Chris and wife Christy; son Jeff and fiance Gabby; and grandchildren Aiden and Riley.

Joe was born on March 15, 1948, in Charlotte, North Carolina, to Joe and Clara Fiorello. Joe graduated from West Mecklenburg High School in 1966 and graduated with an engineering degree from NC State in 1970. He went on to complete his MBA. He enlisted in the United States Airforce in 1970, where he served as a C-130 navigator during the Vietnam war. Joe continued serving his country for the next twenty-two years, spending time at Little Rock, Pope, and Wright Patterson before being stationed at AFSOC on Hurlburt Field and retiring from active duty in 1992. He continued supporting the military, working in acquisitions and contracting until he retired from Jacobs Engineering in 2014.

Joe has been a resident of Niceville since 1990 and was an active member of the Niceville-Valparaiso Kiwanis Club, serving as chapter president twice. Joe was a lover of animals, music, and sports and was an avid fan of the Carolina Panthers.

Joe will be cremated with a memorial service at a later date.

In lieu of flowers, the family requests that donations be made in Memory of Joseph A. Fiorello to The Kiwanis Foundation of Niceville-Valparaiso, P.O. Box 1012, Niceville, FL 32588.

To send flowers to the family or plant a tree in memory of Joseph Fiorello, please visit our floral store.

A Memorial Tree was planted for Joseph

Join in honoring their life - plant a memorial tree

You can still show your support by sending flowers directly to the family, or by planting a memorial tree in the memory of Joseph Fiorello
Share a memory
© 2022 McLaughlin Mortuary. All Rights Reserved. | Terms of Service | Privacy Policy