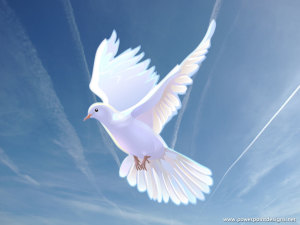 Michael (Mike) Whitlock (83), born July 29, 1937, in Hagerstown, MD, passed away January 8, 2021, at her home in Fort Walton Beach, FL.  Mike was a devoted and loving wife, mother, grandmother, and great grandmother.  She was raised in Arlington, VA, graduated from Washington-Lee High School, and started working for the Department of the Navy in the Pentagon while attending night school at George Washington University.

In 1959 Mike married her high school sweetheart, William M. Gilbert, and they raised three children in Fort Walton Beach.  In  1974 she married Thomas Wesley Whitlock, and they lived 45 years enjoying their love for boating.  In 1972 she went to work at Eglin AFB and later transferred to Hurlburt Field, from where she retired in 1988.  After three years she became employed by Lockheed Martin at Hurlburt Field and retired from LM in 2001.

Mike leaves behind her three children (Ellen Marie Toon of Myakka City, FL; Merri Elizabeth (Beth) Pope and husband Joseph, of Enterprise, AL, and Charles William (Chuck) Gilbert, of Greensboro, NC; along with step-children Stephen Whitlock and wife Diane of Lindon, UT; Deborah Albritton and husband Gregory of Atmore, AL; Scott Whitlock of Piedmont, SC; and Brett Whitlock and wife Lisa of Pensacola, FL.  In addition, she leaves behind 17 grandchildren and 32 great-grandchildren, plus her partner in life, Bella, her beloved German Shepherd.

Per Mike's wishes, there will be a celebration of her life at the Fort Walton Yacht Club on January 22, 2021, from 2-4 PM.  In lieu of flowers please make any donations you may desire to the Panhandle Animal Welfare Society  "PAWS" (Address: 752 Lovejoy Rd NW, Fort Walton Beach, FL 32548) in Mike's name.

To plant a tree in memory of Ms. Michael B. Whitlock, please click here.