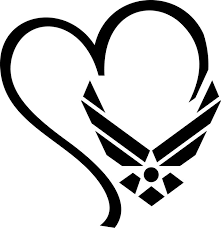 Colonel Thomas W. Whitlock (Retired USAF) known to most as Tom, passed from this life to the next on Tuesday, September 24, 2019, at his home of 46 years, Fort Walton Beach, Florida. He was born on June 20, 1925, in Tupelo, Mississippi and raised by his mother, Winnie.

Tom spent much of his life in service to his country, enlisting in the US Coast Guard during World War II, and serving on a Destroyer Escort during the Battle of the Atlantic. In 1949 he was commissioned as a 2nd Lt. in the USAF and served as a pilot in the Korean War and Vietnam War. During his Air Force career, he served as Commander of the 38th Tactical Reconnaissance Squadron at Ramstein AB, Germany, and retired from the Tactical Air Warfare Center at Eglin AFB in 1975. Among other honors, he received the Legion of Merit Award in 1974 for his contributions to the development and production of the F-15. Following his retirement, he pursued his passion for sailing, and  served as Commodore of the Fort Walton Yacht Club for three  separate terms. His life was full, with many varied interests ranging from computer technology, hydroponic gardening and home improvement projects.

Throughout his long life, Tom traveled the earth, sailed its waters, and flew in its skies. He met many people, no one ever was a stranger and he was a good and generous friend to all he knew. Tom was a true hero from America's Greatest Generation, greatly admired, respected, and loved, and he will be greatly missed.