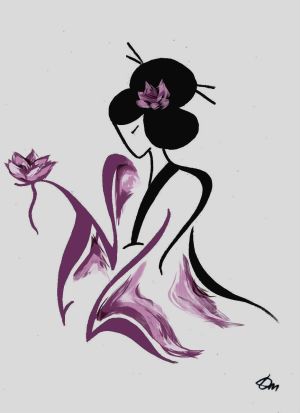 Tomiko Noda Branch died peacefully in her home surrounded by her loving family, at the distinguished age of 89.

Tomiko was an icon to the Asian community in Ft. Walton Beach and to the community in general, having opened Tomiko’s Oriental Foods in 1967 on Racetrack Road and later moving it across from the mall.  She retired from that business in 2003, selling the building to K2 Oriental Foods, however she still kept providing Asian videos to her friends for many years.

Tomiko was an active community member.  During her heyday she was part of the Welcome Wagon for newcomers to Hurlburt Field.  She was also very active in several wives clubs, women’s clubs, business organizations, including, but not limited to the BPW, Chamber of Commerce, International Women’s Club, and Japanese Wives Club,  she was a proud lifetime member of the Air Commando Association and an honorary member of the Filapino Club. Tomiko also had a catering business and had many prominent clientele.

Tomiko was a devoted wife to MSgt. Darrow Anderson Branch (retired) for 51 years until his death in 2001.  She is survived by three children, Catherine (Steve) Suddarth, Mike (Trina) Branch and Darrow Andrew (Kathy) Branch.  Her grandchildren, Amanda (Brad) Morrison, Angela Gnann, Alicia (Dubier) Rojas, Alexis Branch, Christina and Cailee Suddarth, and Misty Boynton and Kyle Pape.  Her great-grandchildren, Anderson and Fisher Morrison, Kaylee and Brendan Boynton, Elizabeth and Emily Rojas, Autumn Gnann and Archer Cassity.  Tomiko also had five brothers and two sisters in Japan as well as many nieces and nephews, great nieces and great nephews and other family and friends.

Tomiko will be remembered for her friendship and kindness to all.  She liked to get involved and help others.  She volunteered wherever she could.  She was a tiny woman with a big heart.  She will be missed by many.  In lieu of flowers, her family requests that donations be made to the American Cancer Society, or Emerald Coast Hospice.

Services to celebrate our matriarch will be held Thursday, May 2, 2019 at McLaughlin Mortuary, 17 Chestnut Avenue SE, Fort Walton Beach, Florida.

To send flowers to the family or plant a tree in memory of Tomiko Noda Branch, please visit our floral store.